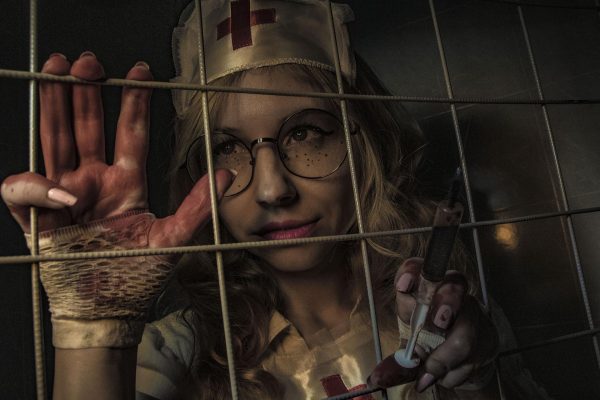 A film is considered to be of the horror genre if it intentionally seeks to terrify or repulse its viewers for the purpose of providing amusement.

Horror movies usually deal with the disturbing subject matter and unconventional ideas or topics. There is a tendency for there to be supernatural beings, catastrophic events, and religious or traditional beliefs. It has been discovered that some cinematic tactics, namely those used in horror films, can induce psychological responses from moviegoers.

In the following piece, we will provide you with a rundown of 10 terrifying movies that you can view whenever you have some spare time.

Twenty-five years after a string of gruesome killings shocked Woodsboro, a new killer appears in a Ghost face mask and begins targeting a group of adolescents in order to resurrect secrets from the town’s murderous past. Scream is a slasher film directed by Radio Silence and written by James Vanderbilt and Guy Busick that was released in 2022.

The Haunting In Connecticut – 2009

The Campbell family relocates to upstate Connecticut in order to assist their son in his recovery. They quickly learn, however, that their new home has a spooky past and is haunted. The Haunting in Connecticut is a supernatural horror film directed by Peter Cornwell and produced by Gold Circle Films in 2009.

A horror story about a group of backpacking buddies in the Australian outback whose car breaks down. They take assistance from an eccentric local who turns out to be a madman who despises tourists. Greg McLean wrote, co-produced, and directed Wolf Creek, a 2005 Australian horror film starring John Jarratt, Nathan Phillips, and Cassandra Magrath.

In 1987, Jack and Evelyn, a murdering couple, cruise the streets of Perth, Australia, looking for their newest victim. Vicki Maloney’s team snacks out of her house at night to go to a party, and fate leads them to her. Ben Young wrote and directed Hounds of Love, a 2016 Australian crime thriller film

ALSO CHECK OUT:  Top 10 Movies You Should Watch After A Sizzling Heartbreak

The Rev. Moore is charged with the wrongful murder of a girl who was believed to be demonically possessed after he performed a Church-sanctioned exorcism that killed her. The Exorcism of Emily Rose is a supernatural horror legal drama film directed by Scott Derrickson and starring Laura Linney and Tom Wilkinson that was released in 2005 in the United States.

A single mother thinks she’s found the man she’s been looking for. When he is jailed on suspicion of kidnapping and related to other deaths, their seemingly perfect lives are flipped upside down. Extremely Wicked, Shockingly Evil, and Vile is a biographical crime drama film about serial killer Ted Bundy that was released in 2019.

Emily, a small girl, finds across an old box at a yard sale and asks her father to buy it for her. She grows increasingly captivated with it and begins to show indications of possession. The Possession is a supernatural horror film directed by Ole Bornedal and produced by Sam Raimi, Robert Tapert, and J. R. Young that was released in 2012 in the United States.

A single mother of four subjected her children to terrible cruelty while rationalizing her actions with her own perverted views of the Bible. Jason Stoddard’s horror movie The Afflicted (also known as Another American Crime) was written and directed in 2011.

Carolyn and Roger Perron have moved their family into a Rhode Island farmhouse, and odd things begin to happen around it, leading to increasing nightmare horror. The Conjuring is a supernatural horror film directed by James Wan and written by Chad Hayes and Carey W. Hayes that was released in the United States in 2013.

Top 10 Movies You Should Watch After A Sizzling Heartbreak