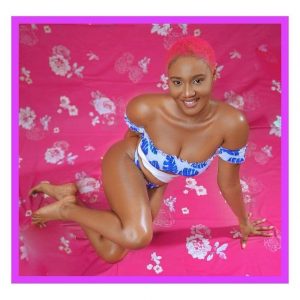 Screenshots: Social Media Crucify Petrah Over Silly Comments. This early morning didn’t go down well for some people as someone decided to ruin their blues and rhythm. A perfectly good day might have been intercepted by the silly opinions spewed out by one said ambitious lady chasing time to breathe the fresh air of the mainstream section of the music industry.

Petrah woke up and felt dangerous enough to air her stand in the music industry. We can’t tell if it was her understandable point of view or perhaps imaginary perceptions. All we know is that she tweeted it all with her hands banging her chest as she never stopped at two or nine but continued to air out more tweets that followed the same channel of deranged thinking or maybe a medically approved cause.

Starting up with what likely came up as a joke and strictly ignored, she followed up with a much more belligerent reminder that probably caught every passerby’s meteoric attention. I bet everyone $30 what transpired in the mind of everyone who came upon this tweet was like, “Ah girl wei bribi gye gye nu anaa, gyama amanfuo aduaba yi bi an girl yi akofa adi, oh saa girl nu di3 jon tsssws”. As annoying as it came to many, it was also the most painful thing that someone of her calibre can say, which made the comment suffocate them to their maximum level of getting triggered.

Fuck it guys am the best in this music thingy
Check my mixtape and thank me later. No one does it like i do. End of story

PETRAH IS THE BEST FEMALE MUSICIAN GHANA HAS & WILL EVER HAVE.

By the way, if you are also triggered enough to ask about who this lost sister in christ is? Her name is Petrah and an acclaimed multi-genre award-winning artiste in Ghana with less than 6k monthly listeners and less than 70k plays from her all-time statistics on Audiomack and 12k followers on Twitter who also thinks she’s the best female to ever grace the music scenes of Ghana. With no discography to account for her claims, it is evident why everyone who came across her tweet to punch her back to reality at all costs available.

What made the backlash severe was her continuous rants that followed these two tweets.

Gh nankasa one way songs nkoaaa na monim wen someone comes to spice it then you pple want to find fault & negativity.

You won't go and pour your worries and burdens on the leaders frustrating your mothers & fathers me that am here to entertain your sorry ungrateful asses you want to do anyhow .

Wetin your boring songs give una even your favourite artist song which map did it put Ghana on?

All my petrahflies come forward the rest of you fuck off

If you do it differently they give it a name and put you in a box. Hypocrites!

Am too much for this country

Oneway motherfuckers! that's why wen somebody brings a different vibe you guys talk to kill the person's vibe same thing you did to Ebony. rest her soul

The level of intimidation in this country pisses me tf off. Not doing this music thingy for your approval or opinion cus you don't have shit.  I do this for my myself and for my Petrahflies.

The level of intimidation in this country pisses me tf off. Not doing this music thingy for your approval or opinion cus you don't have shit.  I do this for my myself and for my Petrahflies.

I don't need to have gay or lesbian friends to be artistic in my work.

When i sing and dress sexually it doesn't fucking mean i want attention cus you pple no get anything. it's called creativity in my music. dumbass

When i sing and dress sexually it doesn't fucking mean i want attention cus you pple no get anything. it's called creativity in my music. dumbass

the grace of Petrah be with y'all.

The fact that she ended series of rants with a shared grace makes the entire thing look outrageous. She poured her heart out and somewhat ended up saying too much to gain a fan or lose a bunch of respect and regard. Shades kept flying left and right and we are not on the lines to discuss it but the question we have to ask is that, is her comments enough to gain such backlash or she is just too below par to entertain her passing them out?

Where does she even stand to spew out? According to many, she is just another good looking fraud of a musician with absolutely no talent but courage to flaunt her nakedness to drive the attention of the public to her music which always ends in disappointment. As per usual, we made a perfect introduction of herself from the very beginning but the grounds still remains under the fact that she raised her head up and saw the lineup of female artistes in the country and made such claims then they have every reason to bash her.

Everyone had a piece of his or her mind to slap in her face so much that the backlash brought her name right into the top 10 trends. For many, this was all she desired for which is getting her name in the trends no matter how. She really doesn’t care whether it got there after being dragged through the mud or whether it was pampered calmly there. She wants her attention at all cost since her records even include using the grounds of a serious demonstration to remind everyone that she was a human, a female and also got nice looking ass.

Petrah pay promo team them hype am small nor she think say she reach. Girl wey prophet nack you for church, house of God oo. Keys 💔😂😂

Petrah no ankasa boys mean am already. Wey today she bring herself😂

Petrah claiming best female musician is one of the funniest thing I've heard today. You're not even on the same level with Hajia4Real and Emelia Brobbey.

Petrah if ebi trend you wan trend, you go achieve that oo. But the negativity attached you can't remove it. Chase clout wisely.

Someone said Petrah is low budget Cardi B ei 😂

This Petrah girl your family self no dey listen to your music na Ghana. Mtchew

boys will wake up in the morning and havent even brushed their teeth yet and petrah will just use 1 tweet to let them open their mouth, petrah u are on ur own oo 😂😂

U guys should stop worrying Petrah. Girl is talented oh my God. I love her songs very much especially when the speaker is on mute 😭😭

I said it once and I will say it again. Even your boobs has better grounds than your music career Petrah. Quit music and resume your slay queen business