Home » News » I Will Win A Grammy Very Soon – Sarkodie 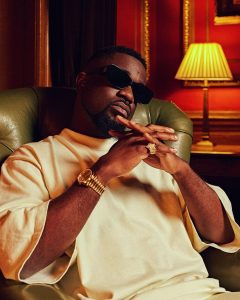 I Will Win A Grammy Very Soon – Sarkodie. Ghanaian rapper, Sarkodie has revealed that with the support of his fans and Ghanaians, he believes that he will eventually get to the Grammys.

For over ten years, Sarkodie has been one of the frontrunners when it comes to Ghanaian music. Just as Nigeria’s Burna Boy was to grab an award at the 63rd Grammys, many endorsed Sarkodie to do the same since he happens to be the best in the game at the moment.

However, a few trolls dragged the rapper in the mud over his inability to achieve global stands like some Nigerian acts despite his prominence and brand.

Sarkodie who has been bragging in most of his songs that he will be the first Ghanaian artiste to win a Grammy award has reiterated that he will definitely go got it when the time is right. Speaking in an interview on Zylofon FM with Sammy Flex on the Showbiz Agenda show, Sarkodie revealed that his SarkNatives would always want the best for him and his brand so the endorsement for him to go for Grammys will definitely get him there with time.

He revealed that he believes that it is not about the pace in achieving such heights on the account that he is still young and has a long way to go in his music career, thus he is in no rush to grab the award when the time is not appropriate. I Will Win A Grammy Very Soon – Sarkodie.

ALSO CHECK OUT:  Retired 21 Year Old Gay Reveals How He Started And Why He Stopped