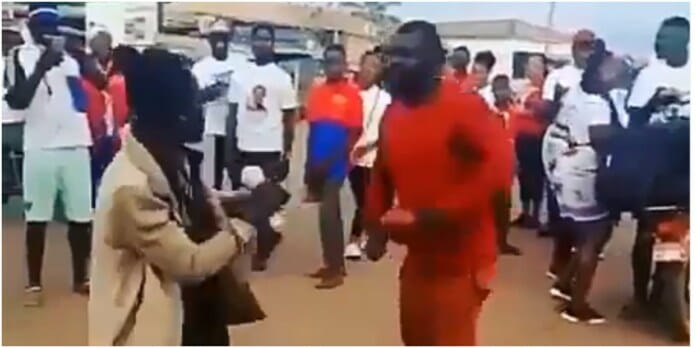 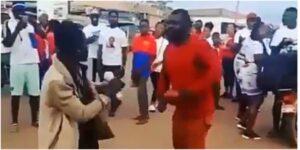 Unfortunately, we have no idea how the fight started but it’s intriguing how onlookers failed to separate as they cheered them on before one man intervened when the scuffle became aggressive and violent.

The two men don’t look like they are mad but the voice in the background from those watching the ‘free show’ indicated that both men have lost sanity- they are literally mad men.