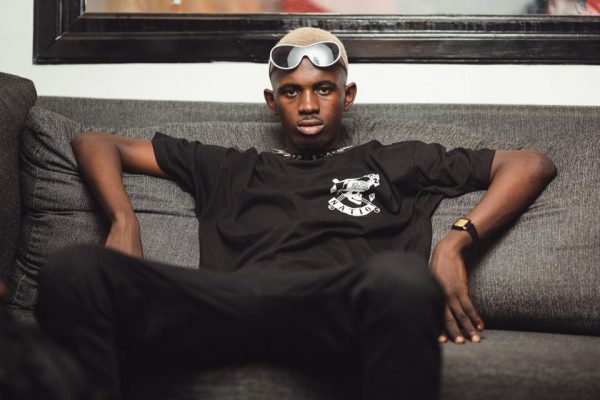 Mohammed Ismail Sherif was born as a konongo young boy and master trapper. The young Ghanaian star is one of the serial hitmakers of 2021. According to my research, Black Sherif officially began music two years ago, when he released his first single, “Cry For Me.” He started with his own music style, which set him apart. The lyrics he uses in his music express how depressed he is in his difficult life. Black Sherif took Ghana by storm with his song “Money,” which was officially released in 2020 and won the hearts of music listeners all over the world.

As I mentioned in the first section of the story, 2021 was a fantastic year for the young Ghanaian trapper. He is one of the young musicians who has made the most of the Kumerican asakaa genre. Asakaa is the African replacement of drill music.

Black Sherif began the year with a hip-hop track titled “Ade Akye,” which translates as “daybreak.” The song was released in the first three months of the year. Joker and Du$ha Billions created it. Ade Akye by Black Sherif is a song about the new day and its challenges.

He later fed us with a heart-touching tune he calls Ankonam during the third month of the year. Ankonam is a Ghanaian phrase that explains someone who is always lonely. The average lonely man is essentially mute and unimportant in society. They are typically impoverished and single. Who knows, though, what type of power, strength, and powers these people possess? Who is willing to lend a hand, to lend a helping hand, to assure them that everything will be fine?. ‘Ankonam’ is a song written and performed from the heart, piercing the hearts of all those caught up in the daily struggle to make ends meet. In this song, black Sherif preaches all of the above. It was produced by Trino and has a beautiful video directed by Hassan.

The sad boy later in May took the internet and the world by storm with his First sermon; the first song off his yet-to-be-released “Road To The Tape series”. The release of the first sermon by Black Sherif caught the attention of most music lovers. He presented it on a drill beat. The song’s popularity grew as behind-the-scenes footage of the freestyle went viral.
Many music fans praised him as one of the top new-schoolers in the industry after seeing the video, which was extensively circulated on social media. It even got the VGMA Artiste of the Decade to start following Sherif on Twitter. The young man hailed the singer’s one-of-a-kind performance as a watershed moment. The much-anticipated song was released on Saturday, May 22, quenching the thirst of the audience who had been waiting impatiently since the leaked footage. Sheriff’s signature song magnifies the daily grind, the need for loyalty, and survival in the music industry.

Black Sherif dropped the second sermon in July to continue the story. The song starts off with a boom, and while it is a song about a hustler’s everyday problems, trust me when I say there’s something unique about it. It’s not like the countless other songs I’ve heard about hustlers’ problems. The personals associated with this one elevate one’s relationship to new heights. Blacko also gave us an accurate portrayal of the things he had to do to stay alive out there. It’s not surprising to learn about a retort. It’s not always about who you know, but about how well you can handle in life. It has its advantages to be surrounded by wealthy folks. When someone you know gets the cake, you are delighted for them since you have sliced to be blessed with in some way. Blacko depicted this entire scene with a handful of bars to indicate how he sometimes secured his bread by relying on the major dons, referred to as chairman in this case.

The Remix of the Second Sermon is his final single of the year, and it features Burna Boy, a prominent Nigerian musician.
The song is already available and is considered one of the best for our holiday playlist.

Other Songs Black Sherif was featured on in 2021