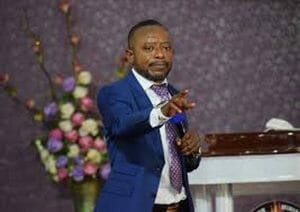 I Will Expose Rawlings Killers After December 7th – Owusu Bempah. It’s no news that Rawlings who gave birth to PNDC and NDC have passed away. His death has given room to a lot of controversies as to whether he died a natural death or not like the late Atta Mills.

But it seems the moment Ghanaians have been waiting for is here as Rev. Isaac Owusu Bempah has promised to give a detailed account of events leading to the death of former President Jerry John Rawlings after the 2020 election which is slated for December 7.

As usual, Rev Owusu Bempah who calls himself the nation’s prophet in a Net2 TV interview claimed credit for predicting the death of the former president. He clarified that he chose not to mention Rawlings’s name due to fear of attacks.

The Glorious Word and Power Ministries leader said that the death of the NDC founder was not ‘natural’ and that after the election he will name the persons behind it.

There are a lot of issues about Rawlings’ death but I will come out after the election. No one should say that he died a natural death. My church members will bear me witness about what I said about late President Atta Mills. I prophesied by Amissah Arthur’s death but they did not take me seriously”.

ALSO CHECK OUT:  5 Ways to Connect Wireless Headphones to TV

So guys, let’s wait on it as December 7 is just around the corner and we at GHBase.com will update you accordingly as and when Rev. Owusu Bempah comes out with damming revelations about Rawlings’ death.

Check the video out below ; I Will Expose Rawlings Killers After December 7th – Owusu Bempah.