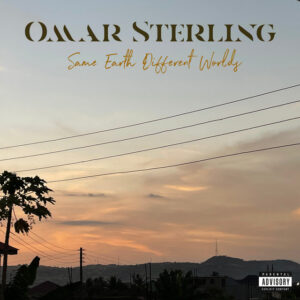 Omar Sterling is right. Tales about life and its encumbering nuances sells, especially when it comes from an honest place. And, if the people – consumers of music- believe the words of the artist, it becomes a rallying point for them. In these tales are found a common interest. The desire to be rich is aspirational for numerous people. It is a dream to chase. A top priority to accomplish. Being broke, hustling to make ends meet, turning misfortune into success is not only the fire that steers us on but a sour mint that lingers in the mouth of many people. No matter the level of wealth one acquires, the reality of poverty is like the proverbial ‘monkey at your back’.

When Omar Sterling announced the release date for his debut album “Same Earth Different World” (SEDW) via Twitter, I bet many wondered if he meant it. His reputation to disappoint fans is well known. Last September, the rapper-born Faisal Hakeem made a similar announcement but the album or EP never materialized. This time around, Omar Sterling – known also as Paedae- made good on his promise, four years after releasing his free album “Victory Through Harmony”. The 20-track “SEDW” album, finally hit streaming sites on Tuesday, June 22nd, an irregular day for album releases.

But, following rules has never been the modus operandi of Omar Sterling. He bids his time and does what he likes. He affirmed this clearly when he rapped “I ain’t checked my mentions in 2 years” on the anthemic “Bob Marley”. He knows the enchanting power he holds over his fans. Omar Sterling recognizes the power of staying mystique. He avoids the spotlights- barely appears in public or engages on social media as expected of a rapper in this era. He also applies the ”less-is-more” marketing template often associated with luxury brands to market his music. By adopting the ‘limited edition’ template, fans who have waited and longed for a new song(s) treat any release like a festive event. Ranking in over 100K streams in two days on Boomplay affirms this.

Ask fans what is the appeal of Omar Sterling’s music and surely, the answer may vary. Some may point to his laid-back personality which often seeps through the music. Others would mark out his poetic, almost sermonic lyrics. Omar Sterling is the street poet whose themes are borrowed from his own experiences, his immediate environment, and thought-provoking questions that linger on his mind as confirmed by the lyrics “Give you a sneak peek of my strengths and all my flaws”. But for some, the appeal of his music lies in its conversation-like and stoned-out aura. That is, the music transports you into a stoner’s paradise, where you conversate with friends on the same issues he talks about in his songs while passing around the puff.

That feeling surrounds “Same Earth Different Worlds“, an album whose title sounds like it’s taken from a poem by late Prof. Kofi Awoonor. The tone and feel that surrounds ” SEDW” is akin to a cloudy sky perforated by limited sun rays as the curtain-raiser, “A Mountain Full of Gold”, a moody, introspective song reflects. The piano-driven, horns punctured record is filtered with tales about life, its challenges, and the need to navigate these hurdles, delivered in his signature laid-back flow. (This Killbeatz produced record sounds like a Hit-Boy handiwork).

Omar Sterling harkens back to his teen years on “Bayla Boys Company”, recounting tales about life in the Port City, their shenanigans; their desire to make make money and its consequences, including the chilling detail of a friend who was lynched after a botched stealing spree. It’s on this record that he revealed how the death of his cousin, Sahada (sister of fellow R2Bees member, Mugeez) impacted and inspired them to do better.

One of the standouts on the album is the collaborative effort between Omar Sterling and M.anifest on the boom-bap styled “Makola Dreams”. Hearing the two on the record is not entirely a surprise considering the fact that Omar has shown love to M.anifest on “Bangers and Reload” (“Shouts to M.Dot.. my man, M.anifest/Ghana wants to hear us on a song/I know it’ll manifest“) as well as online. “Makola Dreams” marks the first time the two had connected on a song since 2013 when they were featured by Dee Money on “Finish Line” remix. “Makola Dreams” knits the quest to be famous or pretend to be (“champagne dreams fueled by beer budget“) and the need to strive to be the best.

“Konkonsa”, an eye-poking song to the haters featuring Kwesi Arthur is well-spaced out, allowing Omar to deliver his sonnets. One would have expected Kwesi Arthur to drop a full verse on the record but that was not the case. Rather, he delivered a hook tucked like a background chirp.

Another quality that runs through “Same Earth Different Worlds” is the quality of production. Long-time producer and associate, Killbeatz and Afrolektra mixed the album while Altranova mastered the record. A host of producers- from known names to upcoming talents like Nxwrth who produced “Young, Wild & Free” contributed to the album. Omar Sterling reflects on his life journey on songs like “Tema Motorway to Aflao” (From one meal a day to eating like a whale), the Afrobeats inspired, hustler’s anthem “Adiakyi” featuring Mugeez, a hustler’s and on “C1 Boys”, a bubbly pop/hip hop crossover song. (I would like to see this song performed live).

“Same Earth Different Worlds” goes without saying as the one album that Omar Sterling, an artist reputed for being very private with his life shared a lot of personal, vulnerable moments with the world. He speaks about his struggles as a kid, growing up poor, losing a cousin, finding solace in the Holy Qu’ran during these “dark” times. Known as one of the richest rappers in the game, Omar Sterling has a way of restraining himself from rubbing his wealth in your face especially on his songs. He rather advises you to strive and be successful but is quick to remind you that wealth doesn’t equal peace of mind or offer fulfilment.

Introspective tales, sober reflection, sage-like sonnets, and a sense of vulnerability mixed with a dose of bohemian pleasures wrapped in exquisite productions is what you hear on “Same Earth Different World”, an album made for his true fans. Paying homage to artists who have inspired him has been a chink in Omar Sterling’s rap kit and on this album, he named drops and references a few acts like Nas, Earl Sweatshirt, Biggie, and Obrafour whose lyrics he referenced a couple of times, notably on “Adiakyi” and “A Mountain Full of Gold” (This is the 1999 Obrafour/Open the door/Mo p3 Acapulco bay anaa mi ma mo more” [Agoro N’aso]).

For music fans expecting a palette of commercially pliable music, they would be kissed with disappointment – albeit songs like “Adiakyi”, “Makola Dreams”, “One Love” have commercial or radio appeal. For the rap critic or hip hop head, Omar Sterling’s reputation as an MC was not reflected on the album. His rapping was ordinary, the punchlines were basic, and his delivery was not exceptional. Compared to the other projects released that touched on the same subject matter like year Ko-Jo Cue’s ‘’For My Brothers’’, “Same Earth Different World” pales.

Returning to the scene with a solo project after five years, one expected Omar Sterling to deliver a masterpiece. This album would, in my opinion, be heralded as a classic in the canon of Omar Sterling if he had kept the album at 10 or 12 tracks with a clearly defined theme. Listening to 20 tracks of brooding music in one sitting is but a chore in this era. But, that makes Omar Sterling who he is: a rapper who does what he wants and not what is expected. A true outlier. 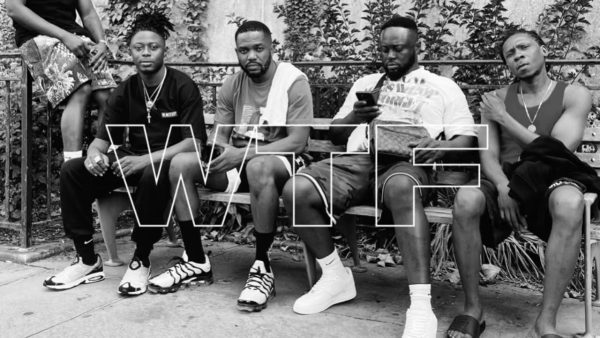 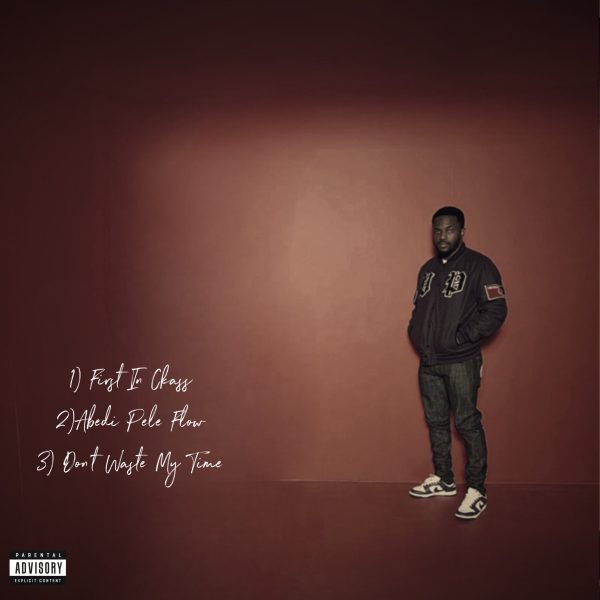