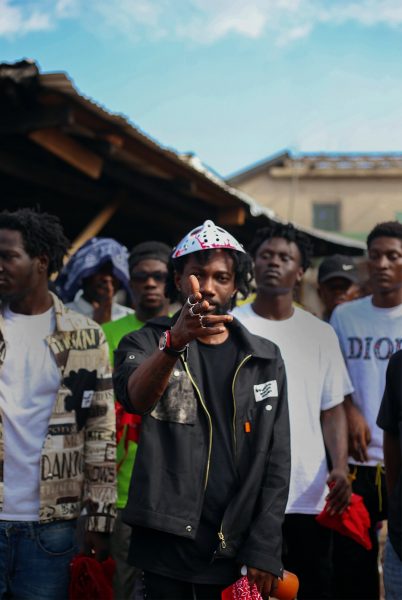 It’s interesting how Kwaku DMC, one of the pillars of “Asakaa”/drill music; the Hip-Hop genre sweeping across the country, continues to intrigue and charm through his music. As a rapper, he is both a student of trap music and drill. These characteristics are evident in his music – the approach and execution. A prominent member of Life Living Records, Kwaku DMC or King Kong has proven himself as the most consistent within the Collective with his releases – he has three EP’s to his credit, including his most recent “Road To Trap House 3”.

“R“Road To Trap House” is a tape series where he chronicles his thoughts across varied themes while offering his fans the one thing they have grown to love about him: Music. In 2020, he released “Road To Trap House 2” which received a good reception. It has accrued a total of 85K on Boomplay. Other releases like “Buokrom”, “Oh Please”, “Yaa” and the anthemic “Off White Flow” have contributed in elevating his profile, making him one of the most interesting artists currently making rap music. 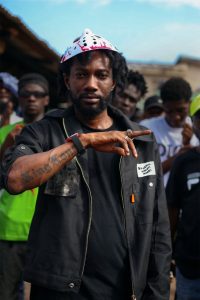 The resonating effect of Kwaku DMC lies more with his gritty lyrics and less about the aesthetics surrounding it’s delivery. He is not the overly sophisticated rappity rap rapper who is obsessed with over the top wordplay and complex rap lines. His music is buttered with picturesque lyrics including everyday street verbiage. The lyrics are raw and unadulterated, yet are delivered in a manner that seems to numb the “filth” in your ears. Simply put, you let it pass and acknowledge its brilliance.

If you are to describe Kwaku DMC and the sonnets he creates, you would describe him as a novelist, a storyteller, a chronicler of street life. His lyrics are very descriptive to the point that no minor detail(s) is spared. His perspectives are that of a primary participant and not an observer from afar. So convincing and real are his lyrics that it blurs the line between reality and fiction.

His latest project, “RoadToTrApHouse3 is an alchemy of love, hustling, toxic masculinity, and of course, debauchery. These themes are explored in detail across 8-tracks, beginning with the trap encumbered “TrApping Over Whores”. Like its title, the hook amplifies the message: “don’t call me if it’s not about money/No sleep gang, we stay awake here”. For him, making money to ‘buy his nephew Disney land’ and “own businesses, multi-millionaire dreams”‘ rest high amongst his priorities.

The subject of hustling continues on the interlude styled “Work”, where boastful rhymes and his state of mind (his daily actions) converge. The rhyme scheme at the end of each verse reminds one of veteran rapper Joe Fraizer. “The Approach” is where the art of storytelling, a hallmark of DMC comes alive. If “Yaa” off the 12-track ‘’Road To Trap House 2’’ outlines his sexual intentions towards a girl, the finger-snapping ‘’The Approach’’ is a “bad boys” blueprint to wooing a good” girl who has everything at her disposal (what we term a d-bee girl).

ALSO CHECK OUT:  Some colleagues are using Juju on me – AK Songstress

The “Off-White Flow” hit-maker’s raps are filled with quotable quotes. How he pulls it off is part of his charm, likewise his simple rap schemes. There is a certain deliberate technique in his flow – almost conversational- where he allows the words to marinate before delivering another line. This way, the listener has time to appreciate what he is saying. 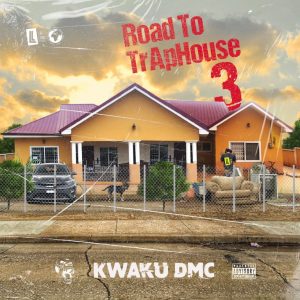 If you are the type seeking out a cohesive, comprehensive body of work curated to stir your reflective tissues, music by Kwaku DMC is not for you. His songs do not elicit such feelings. Songs by DMC are curated as a sonic trip into the land of thrill. It’s for ravers, party-goers and folks in need of a distraction from the burdens of life. The songs are like palliatives to numb you of any pain, just like you hear on track 5 off the tape; “ShAke It”, a bouncy strip club type of record with debauchery at its crux. It could be a perfect song for today’s tik-tok generation.

“N.O.D” is a mellow, bouncy trap record that talks about the effects of drug use among “niggas”. The acronym” N.O.D” means “Niggas On Drugs”. (NOD is also a local slang for being “mentally unstable). In his typical nonchalant, double rhyme style, Kwaku DMC and his fellow label mate O’Kenneth” bemoan the use of drugs. “Oh Lord, Oh God, Niggaz on drugs/We fucked up, fucked up”, O’Kenneth bares out on the hook with an aching tone in his voice. The next line of the hook: “And so what?” sounds more like a spiteful response to someone querying about “their” drug use, thus revealing a contrasting point of view.

What makes Kwaku DMC an intriguing rapper is the candid tales he shares in his songs. He never flinches and cares less about being judged. He shares what happens in his orbit: the life and how he and his folks are living it. Some phrases leave you gobsmacked (“I wanna hear you moan in a deep voice”) while others tickle a smile of appreciation (“even if we go naked, we look fly”).

Though one can critique his limited themes and sounds, any follower of his music would give you the “he plays within his strengths” retort. And, that’s okay. After all, Kwaku DMC is more like Chief Keef than Common when it comes to Ghana Hip-Hop. He’s a sketcher of the ghetto lifestyle, a chronicler of street tales, DMC isn’t here to be a role model to your kids. That’s exactly what you hear on ‘’RoadToTrApHouse3’’, where ambition meets street hustle with weed puffing and debauchery de-stressors. After all, Off White ab) no stamp!