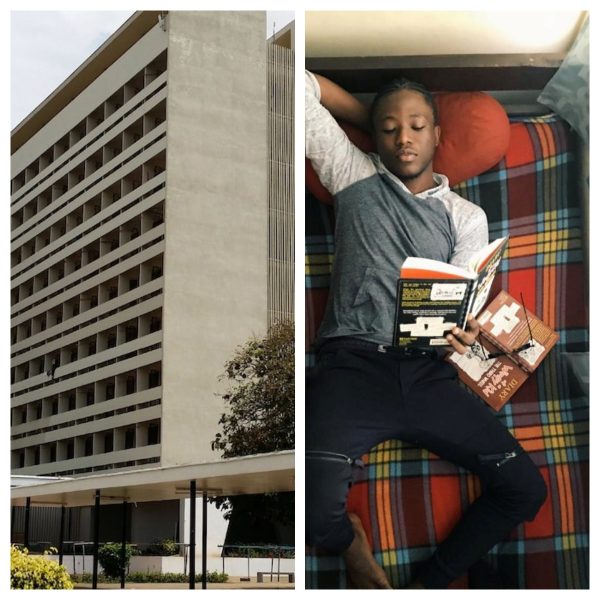 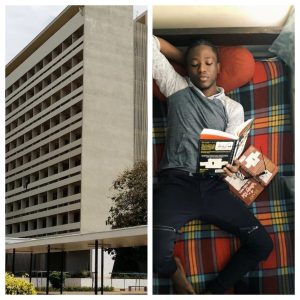 Accident Or Suicide: Knust Student Dies After Falling From Unity Hall First Floor. Looks like Knust students were cursed with lots of bad news on Saturday 27th March. one here one there and two there. there earliest development that threw the entire school into a shock was the death of one handsome gentleman.

details about him are not much known but his pictures have been circulating around with the usual rest in peace culture. He reportedly fell down from the first floor of Power hall and was rushed to the hospital but it seemed like the harm was already done as he was later pronounced dead.

the student body is currently divided as to how he fell from up there. several theories keep flying in and we can’t build a story around speculations since investigations are underway. the Doubts are still clearly there as to whether it’s an accident or suicide.

Reports indicate that he slipped from the stair rails.#KNUSTLive pic.twitter.com/3gDuXRSG2o

taking a closer look at the structure of the hall he fell from, an accident is unlikely thus driving the entire fold on consent. did someone push him? did he throw himself off there? we don’t know but the dots al connect to suicide. we hope proper investigations are conducted whiles the many counsellors on campus focus on putting the students first ahead of their salary.

these are hard times and the students need mental aid more than anything else. whatever the cause, may his soul rest in peace. Accident Or Suicide: Knust Student Dies After Falling From Unity Hall First Floor .