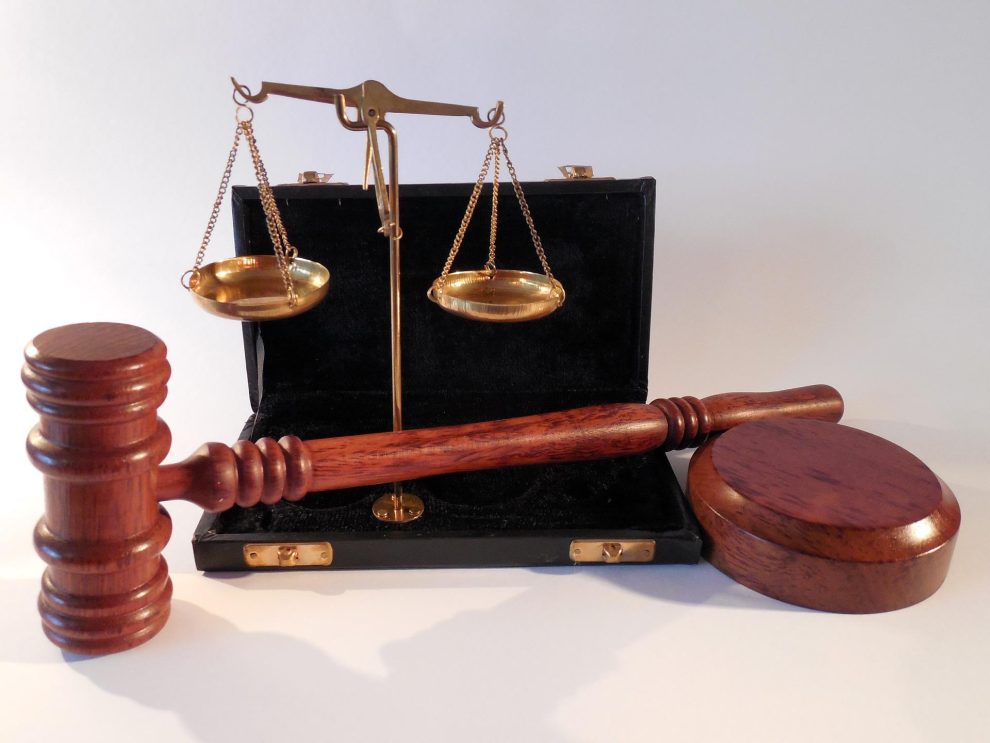 Guilty Until Proven Innocent: A cornerstone of the Justice System That Encourages False Accusations

It is preferable for a guilty person to escape punishment due to a lack of evidence than for an innocent person to be imprisoned for lack of sufficient evidence. It almost seems as though we are going backward as a species. When people lived in tribes, kangaroo courts made decisions because there wasn’t enough tangible evidence to confirm or refute a claim. With our current levels of forensic expertise and critical thinking skills, we ought to be able to determine the truth in an unbiased manner.

Unfortunately, because of the extremist “offended” population that has taken over social media, people are already judged to be guilty before they even appear in court. Because of how hyper-social our environment is, an accusation by itself is frequently irrelevant regardless of whether the court finds them innocent.

We constantly hear allegations against men in the news and entertainment industries, but very few of these men have ever appeared in court or had a chance to properly defend themselves. In the court of public opinion, these men are accused and presumed guilty with frequently no supporting evidence other than the accusers’ statements. These men are losing their jobs, having their reputations permanently damaged, and not being given a fair chance to prove their innocence despite not having been found guilty of any crimes or even being charged.

Finally, to make matters worse, some people appear to be held to an entirely different standard. Sadly, a growing number of self-righteous and toxic people believe that they have the right to persecute and metaphorically hang someone they do not know just because someone else said he or she did something. It seems that there are some people or groups of people who are innocent and cannot be proven guilty regardless of the evidence presented.

ALSO CHECK OUT:  Top 10 Ghanaian Music Groups Of All Time

While looking at the subway, a man’s gaze unintentionally lands on a woman’s face. Disgusted, the woman accuses him of raping her eyes. Since she said it, it must be accurate. We must hang him. A cast member of “Game of Thrones” is Souad Faress. She reported a man to the police in December 2014, alleging that he had sexually assaulted her in a London subway station. According to her, the man reached up her skirt, into her leggings, into her underwear, and into her genitals as he passed.

The police, understandably, took this seriously and detained Mark Pearson after reviewing security footage and his subway pass. On the video, he can be seen brushing past his accuser while remaining in step, holding a newspaper in his left hand and his right hand on the strap of the bag on his shoulder. The CPS (Crown Prosecution Service), led by the miserable feminist Alison Saunders, was actually attempting to slow down the CCTV footage in order to give the impression that he would have had enough time to carry out the assault.

I had the misfortune of being accused of actions I did not commit while in college, and I will admit that it is absolutely revolting. You lose the majority of the people you thought were your friends. You go empty-handed in defense. It’s even worse when your accusers know they’re lying but still level all those accusations in your face for whatever reason. making up evidence and concealing evidence in order to convict you Then they go on the witness stand and perjure themselves in order to convict you. And you’re stuck fighting them in a court system that believes and supports the people who are lying about you.

Put yourself in my shoes for a second. You’re a software engineer trying to make it at a startup. You attended an Ivy League university. You are the law-abiding, goodie-two-shoes who have never been in trouble and see law enforcement as the righteous, foresighted sun that always rises from the east to shine safety and justice on its vulnerable citizens. You feel honored. There has been some news. The police are called. A woman was raped and beaten. When the cops ask her for a description, she says it was dark, so all she knows is that the man was big and muscular with a crew cut.

A man who fits that description lives a few houses down. He has no criminal record, and his hands are clean. People recall him as a bully when he was younger. They also recall him arguing with the woman earlier in the day. He becomes their person of interest, and there appears to be enough evidence that he is their man, so they make the arrest, and unfortunately, you are that man. Imagine your surprise when the good cops knock on your door one morning, you open it, and they immediately confront you, claiming that “you were seen” on surveillance camera taking some expensive jewelry from another resident.

You think this is a prank. You think the police have made a horrible mistake. You think you must be hallucinating. The police appear adamant and 100% sure of what they’ve seen. “We saw you walking out with it. It’s you without a doubt.” You begin to doubt your own sanity. Perhaps I mistook something I thought was mine? The police are here to solve crimes. If they indeed saw someone committing such a crime, surely it’s not a mistake. Perhaps it was some other guy who looked like me? You explain yourself. You articulate eloquently why they likely have made a mistake identifying the perpetrator. “Well if you try to sell it on eBay, we’ll trace it back to you.” You struggle to explain that your rent is likely more than the stolen item and it makes too little sense to do such a crime. “Okay, we’ll get a warrant and search the place.

Why don’t you just admit it and we’ll take it easy on you?” You become agitated at their inability to reason and ask to see the video. “It’s you, we’ll show you at the precinct.” Great, we can look at the evidence and sort it all out. But first … suddenly you are asked to turn around and put your hands behind your back. You freeze and think this is a joke. “Am I under arrest?” “Yes. It’s the procedure.” Is this really happening? You see the police taking out a set of dark carbon fiber handcuffs. Hum, I thought handcuffs are made of shiny steel, so maybe this is just a prank? They aren’t real handcuffs, right?! They grab your arms and twist you around. You feel the cold handcuffs wrap around your wrist and tighten. You become a bit off balance. The police grab your arms and straighten you up. “What are my rights?” Complete silence. You become catatonic with fear. You are unable to think.

At another time you’d have demanded a lawyer and regurgitated lines from your favorite CSI episode. But you are a petrified deer in headlights. You cower under the weight of a seemingly fraudulent reality and willingly march out with the police with your head lowered as if subconsciously confessing to the crime. You are escorted out of the building and onto the curb. Your body language at each hobbled step conveys fear but is easily misconstrued as guilt.

Then your head is gently tucked-in, and you slide into the back of the squad car. You sit there in shock. You lose the sense of time or space. All you see is the back of the head of the police officer driving. You arrive at the precinct. The door swings open and every police officer that turns looks at you with suspicion or downright disdain and disgust.

You feel like a piece of shit. You are processed like a cow waiting for the slaughter. They take your phone, your keys, your belt, and your shoe laces. Just in case you are overcome with guilt and try to hang yourself. You are thrown into the holding cell with a few other hapless souls with their heads hanging down their shoulders. You sit with your head shrouded in this low buzzing noise as if you’ve just been punched in the head. You cannot hear your thoughts, just the incessant buzzing. You want to cry, you want to throw up. “Do they really think I did it?” “Why would I do it?” “You are a piece of shit.” “You deserve this because the police won’t do this unless they are sure.” You question your own sanity. Hours pass by. Your cries of innocence were ignored.

More drawn-out hours pass. And then finally you see a police officer coming in. You breathe a sigh of relief. Surely they’ve realized their mistake and I am going home! “Hey man,” my cellmate shouts, “They are going to take us to Central. That’s where the real criminals are. This is Palm Springs right here!” The cell door slides open and the police begin chaining everyone into a line, like farm animals waiting for the slaughter. You are lead out, slowly out of the precinct, onto the streets in broad daylight, onto those streets you may have once passed by while bar hopping. Instead, you are in chains, lead into the back of a police van like a defenseless cow.

ALSO CHECK OUT:  Remembering Legendary Ghanaian Music Duo Akatakyie - Where Are They Now?

You stare up and question reality once more. More time passes. Your phone was long taken by the police so you’ve lost the sense of time. You try to forget about the drawn-out time with small talk. You ask each other why you are here, a la Shawn Shank Redemption. “You are guilty until proven innocent here man.” Everyone nods in agreement. You are reeling from disbelief. Now you are really scared. They look just as scared. Some look significantly younger. Are these the hardcore criminals? A police officer parades by. A prisoner dares to speak up and demands answers. “When are we gonna see the judge man?! I’ve been in here for 2 days!” He is quickly shouted down and threatened like a caged helpless cow. The police stare him down like a master staring down a misbehaving dog.

You are incredulous at the interaction. Is this the 21st century? This whole place looks like some 1950s horror film. All you see around you are young black men caged up like animals. Well, that’s enough said and I honestly don’t even want to continue anymore. People should just do away with the false accusations and stop putting people through all these disheartening experiences. I hope my hyperbole is getting the point across.