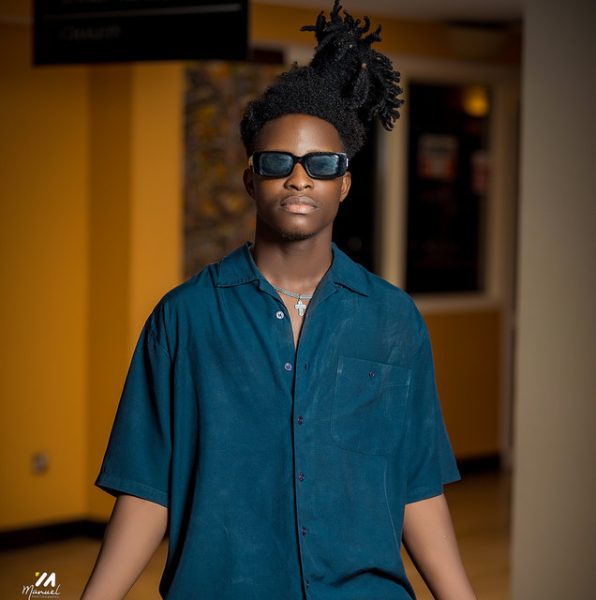 Lasmid Nathaniel Owusu, better known by his stage name Lasmid, is a singer and composer from Takoradi, Ghana. He is best recognized for his work under the nickname Lasmid. He triumphed over the contest to take home the title of MTN Hitmaker Season 8 Winner.

It is going to be rather difficult to discuss the singer’s first single because it is going to be complicated. It’s possible that the singer shared a large number of tracks while he was still an underground performer. We are going to give some consideration to discussing the first song he released after he became famous.

The official song released by Lasmid was called “Odo Brassband,” and it featured Kofi Kinaata, a Ghanaian artist who is extremely popular.

His first song to be published under his new contract with Highly Spiritual Music, which is owned by Kaywa, was titled “Odo Brassband.”
The song was accompanied by a stunning music video, which, as of this moment, has received more than 250,000 views on YouTube.
It was created by Two Bars.

Later in the year 2022, Lasmid saw an increase in his popularity after the publication of his mega-hit song titled “Friday Night.”

The song quickly rose to the top of the charts on TikTok and other streaming platforms and became a viral hit.

In 2019, Lasmid was victorious in the eighth season of the MTN Hitmaker competition, for which he was awarded a recording deal worth GH120,000. After the competition, the Ghanaian music producer Kaywa offered him a recording contract with his record label, Highly Spiritual Music.  In 2022, Nigerian musician Naira Marley indicated an interest in Lasmid signing with his label as a recording artist.

ALSO CHECK OUT:  Top African Movies Indomie Generation Have No Idea About

As of the year 2022, he had collaborated on music with artists like Sarkodie, Medikal, Kofi Kinaata, Dead Peepol, Mr. Drew, Kuami Eugene, and Amerado.

A List Of Songs Lasmid Has Released So Far In 2022

This site uses Akismet to reduce spam. Learn how your comment data is processed.

Adomaa – In The Clouds

Edoh YAT – Walk In My Shoes

Dayonthetrack – In My Mind (Cover)