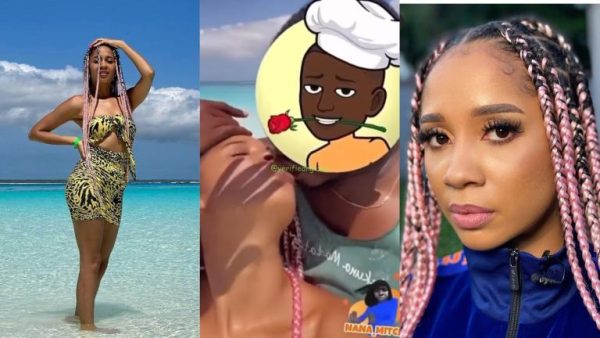 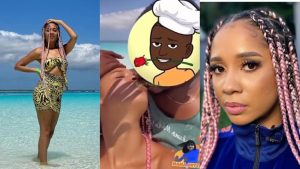 Sister Derby Shows Off Her Handsome Boyfriend For The First Time. Self-acclaimed African Mermaid, Deborah Vanessa is otherwise known as Sister Derby has finally revealed her new boyfriend after breaking up with Medikal. In a video posted on her snap chat, Sister Derby was seen kissing a man while having fun at the beach.

This time around, she decided to hide his face from her fans to prevent him from getting snatched up by other ladies. Ever since she broke up with rapper Medikal, Sister Derby has been very secretive about her relationships and kept everyone guessing who is currently hitting.

Even though she came out some time ago to reveal that she has already broken up with a lover ever since parting ways with Medikal who dumped her to marry fellow Ghanaian celebrity Fela Makafui. It is great to see the African mermaid living the fully deserved love with a special someone once again

Watch the video below; Sister Derby Shows Off Her Handsome Boyfriend For The First Time.

ALSO CHECK OUT:  Hajia Bintu does not have content to grow as an actress - Pundit