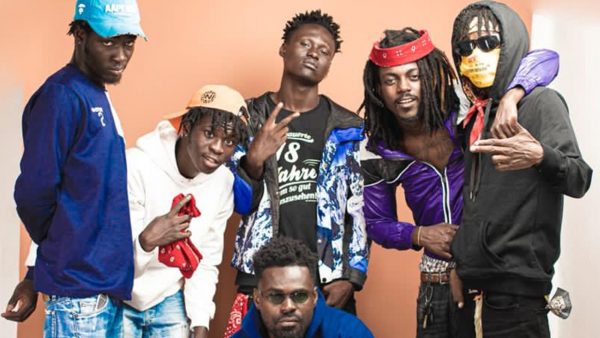 How The Asakaa Boys Are Taking Us Back To The Golden Age Of Hiplife. In case you haven’t noticed, the drill tunes we were exposed to in 2020 are no longer what they used to be. As the years passed, so did our very own Asakaa sounds. Following the success of the Asakaa boys, which originally included O’Kenneth, Jay Bahd, Kwaku Dmc, City Boy, Sean lifer, Yaw Tog, Kawabanga, Reggie, and Sean lifer, who managed to churn out the best Asakaa tunes and propel it to global recognition with songs such as Akatafoc, Sore, Ma drip, Abonten, and others.

The powerful dark gangster tunes that they pioneered have now been smoothed to resurrect an old and discarded sound from the early 2000s. The greatest period of Ghana music was certainly the age of hiplife, which elevated the Ghana music scenes above all others, and it was heartening to witness the new crop of Drill musicians rekindling the love. Initially, Hiplife arose from a merger of highlife music and hip hop music, and it was widely orchestrated by our very own Reggie Rockstone, who carries the title as the grandfather of the genre that dominated Ghanaian music.

Today, the prominent drill sound known as Asakaa is going through a similar ordeal, and this time, the flood of hiplife is greatly felt as they produce an even more realistic sound far from the original drill songs, and from that standpoint, we can proudly declare, Asakaa is one of our own. The first of this mash-up was Reggie and O’kenneth’s Agyiewaa song, which became something of a street hymn for the public, particularly the youths. The trend was greatly welcomed and embraced, prompting numerous others to experiment with that exact sound.

Today, we have a variety of such sounds, and they are quickly becoming the new standard. To set Asakaa apart, all Drill performers in the country are exploring that specific sound, and the wave is becoming hotter with each release. To be honest, listening to these songs is similar to listening to a hiplife song with a hip hop instrumental. Music producers have also taken it upon themselves to match their beats with a hiplife genre pattern to create sounds much more similar to that of a hiplife tune, and we can finally declare that Hiplife has progressively grown into Asakaa from all sides of reality.

This is exactly what we needed to re-establish our music industry’s domination, and we appear to be on the right track due to our wonderful masterminds, the asakaa boys. Aside from the Asakaa guys, Black Sherif should be recognized for his contribution to this new wave. Songs like Gold Digger and Ankonam are pure reflections of the wave, and we know he’ll be releasing more of them as he prepares his next project, whether it’s an EP or an album.

This development should not be surprising because that is exactly how the music industry should function. To adapt to societal changes, sounds must develop. Instead of imitating our competitors, we may genuinely develop our previous sounds to equal and conquer. Drill sounds were supposed to fail since they were brought from outside, but luckily for us, we transformed it into something different, and today the whole world considers Ghana drill to be one of the greatest in the world, and it’s unquestionably in the top three.

If you want to hear a compilation of the new drill noises inflow mixed with our own highlife sounds, we’ve created a playlist of such sounds across streaming platforms and put it below this post. Take your time listening. How The Asakaa Boys Are Taking Us Back To The Golden Age Of Hiplife.