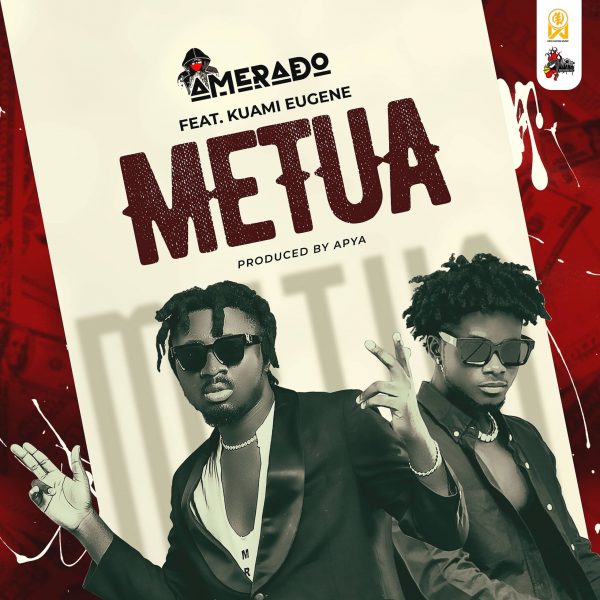 Versatile Ghanaian rapper Amerado has announced the release of his maiden song titled “Metua”. It features Lynx entertainment star Kuami Eugene. Over the preceding year, Amerado kept us delighted with a slew of hits. Despite the coronavirus pandemic, the rapper took it upon himself to entertain us with his weekly “Yeete Nsem” episodes. The yeete nsem episodes also covered all of the stories that occurred during the week, which he compiled and organized into a track. He paused after the 37th episode to begin work on his album, “Patience,” which was released in the fourth quarter of the year.

Abotr3 off from the Ep has now acquired more than a million views on youtube.

The word metua actually means I will pay in English. The rapper announced the release of the song via his Twitter account on 15th February with caption “Thanks for the love and wishes family. My gift to you: #Metua ft @KuamiEugene out next week, Tuesday 22nd February 2022“

Thanks for the love and wishes family.

My gift to you: #Metua ft @KuamiEugene out nextweek, Tuesday 22nd February 2022 📌

The song will be accompanied by a nice music video which is already teased on his Twitter Channel.

Metua by Amerado was produced by Apya and it will be out on 22nd February 2022. Stay Tunned!!.